The demonic abominations known as the Adralonh are feared across the realms for their ruthlessness. Onyx growths cover their forearms and speckle the skin of their body. Blades are affixed to the growths on their arms, turning their body into a weapon. These bladed arms, their innate ocular abilities, and their talent for stealth, combined with their disregard for life have given them the reputation of cold-blooded and fierce killers.
Eyes in the Dark. Adralonhs will prey on creatures separated from their group or pack and will almost always attack under the cover of darkness. Often catching their targets by surprise, the writhing mass of eyed tentacles has been confused as multiple creatures by the unfortunate souls who have encountered an Adralonh. 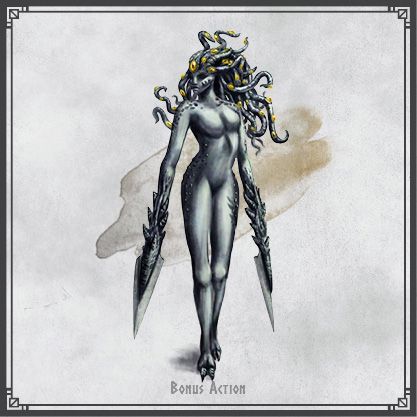