The heroes who defeated the Red Queen in 6180 all came from the various parts of Wolfsbrunn, but where Xantia Temper exactly came from was never really clear. After the banishment of the Blood Queen, Xantia disappeared into the lands surrounding the border between the Kingdom of Wolfsbrunn and Kordaasi.   In the legends, Xantia is described as a mysterious figure who appeared in the night to offer her services to Adastra Septin. She quickly proved her worth with her ability to dispose of threats without the use of any weaponry. According to the stories she was able to manipulate the shadows themselves to her advantage. Xantia targeted her victims from the dark, striking them with a well placed fist, palm or even just a single finger, which could disable or even kill a person.   To this day it is unknown where Xantia learned these techniques, as they are not found anywhere else in Wolfsbrunn. Some people speculate of a dark monastary deep within the Thelian Mountains, others speculate that Xantia made a pact with an otherworldly being after having seen the Red Queen ravage the kingdom. They believe that this pact granted her some form of shadow magic and her physical and martial prowess.

After the members of Adastra Septin each went their way, Xantia took guardianship over one of the Keys of the Red Queen, the Stone of Restraint. Xantia disappeared for years but her whereabouts were discoverd by the few surviving members of The Blood. After a period of torture, she managed to escape her captors.   Unbeknowns to her, the Blood had set her free on purpose and followed her in hopes of being led towards the stone. In a ruined tower in the south-east of Wolfsbrunn, they killed her in cold blood as soon as the stone was uncovered. The cultists burned her body and hid the stone away from the rest of the world. Because of Xantia's solitary existence, she had become an easy target, and the world never discovered until much later, that she had perished and that one of the stones had come into the posession of the cult of the Blood Queen so quickly.
Titles
Guardian of the Second Key
The Shadowwalker
Species
Tiefling
Ethnicity
Brunn
Other Ethnicities/Cultures
Life
6123 AV 6161 AV 38 years old
Children
Eyes
White
Hair
Dark purple
Skin Tone/Pigmentation
Blue
Related Items
Keys of the Red Queen
Stone of Restraint 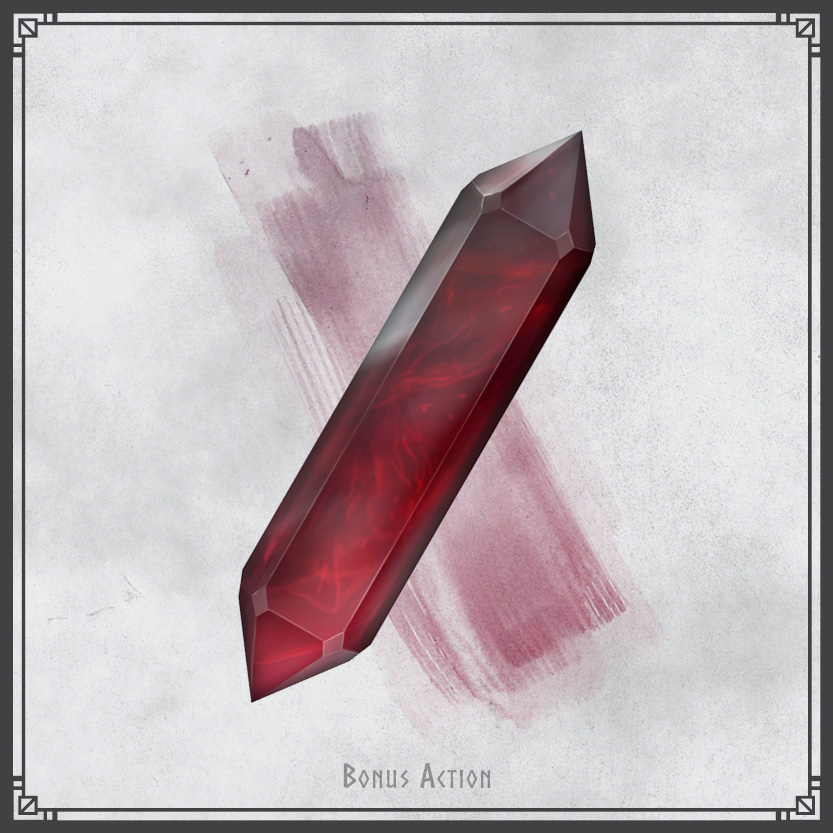 Answering: "a brave hero, who hides a secret past."
Visit Bonus Action's Competition Page Check all other answers to this prompt Competition Homepage