Didgeridoo of the Stormchaser

Damage. 3d4 Thunder
Range. 25/100   Loud. This weapon does not require ammunition as it shoots blasts of sound instead. Whenever you use this weapon to make an attack or use Counterblast, the sound can be heard from up to 150ft. away.   Counterblast. Whenever you are the target of a ranged weapon attack or ranged spell attack you can use a reaction to attempt to counter the attack by blowing on this didgeridoo. Make a ranged weapon attack, if your attack roll is equal or higher than the attack roll made against you, you may lower the attack roll made against you by 3d4. You can use this feature twice per long rest. 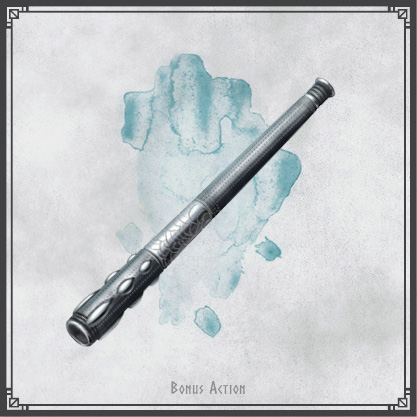