The rangers of the Pearl Guard are tasked with keeping the lands surrounding Entari safe. They keep a close eye on the wildlife around Lake Voronis, and cull any creatures that pose a danger to the citizens of Entari.

Rangers of the pearl guard are well trained in archery. With the use of their Silver Snow Bow they can make quick work of any dangerous creatures roaming the frozen lands of Entari. Rangers will always attempt to neutralize a threat before it comes close to them, but if a threat does manage to get close to a ranger, they are also quite capable of defending themselves in close quarters using their Silver Snow Swords. Rangers often work in small groups of three or four and are sometimes aided by a Pearl Guard Scout to gain the upper hand in their hunts. During times of war, the rangers may form larger squads of archers which are more suited for the battlefield and increase their efficiency to support the other warriors on the battlefield.
Show statblock 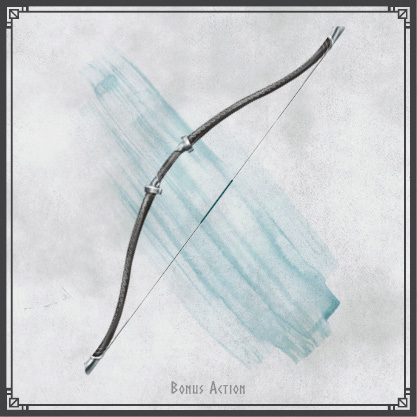