The scouts of the Pearl Guard are tasked with quietly stepping through the snowy landscapes surrounding the city of Entari and signalling any threats they may encounter. They are quick, swift and talented with the blades they carry.   Unnoticed. These members of the Pearl Guard usually make their home outside of the city itself. Living relatively solitary lives overseeing the borders and lands of Entari. During times of peace, they gather information about the wildlife and any creatures that may roam the lands, sometimes aiding the Pearl Guard Rangers in their efforts to keep the citizens safe from harm. Together with the Winged Legion they are responsible for detecting any visitors crossing the borders of Entari, reporting their whereabouts, tracking them and if needed, dispose of them through the use of their sharp Silver Snow Seax. These talents of stealth and the scouts ability to gather information has also been of great use in the wars Entari has had to fight in the past.
Show statblock 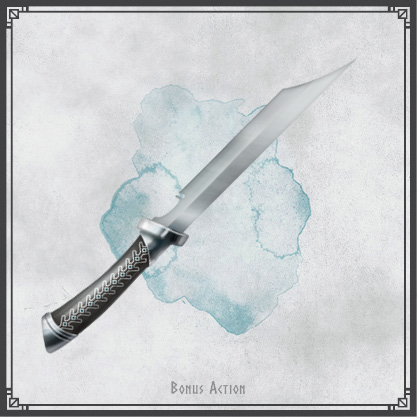